My Testimony – The Knock 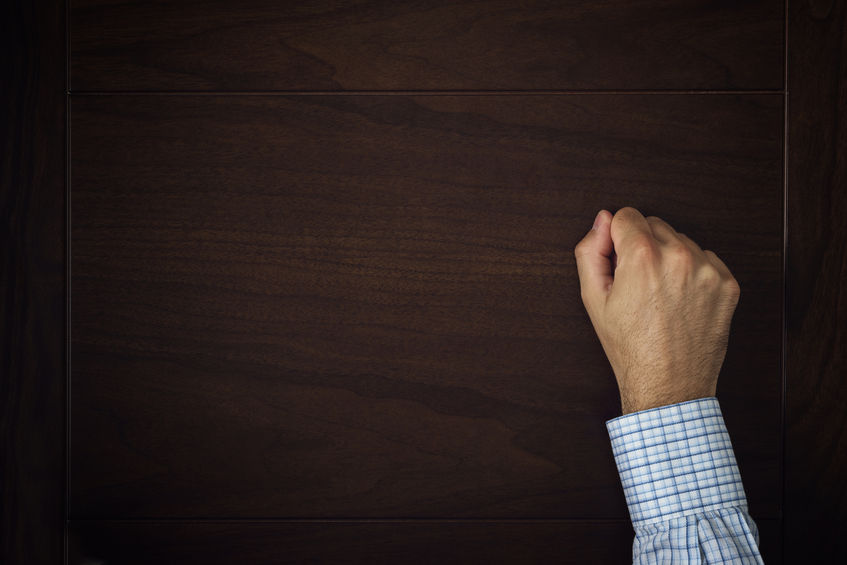 One day, as a little boy, four or five years old, I was walking across some downed trees. As most little boys who are curious at that age, I found myself wondering about life. What sparked my contemplation this day, I do not know. I can vividly remember asking myself that day if I believed in God. I stopped in my tracks, scrunched up my little face in deep thought and heard a voice:

As a new believer, a few cherished brothers asked me to write out my testimony, so I prayerfully sought the Lord for guidance on what to focus on. You see I dreaded this task for I’ve heard and read many powerful testimonies. But unlike the testimonies I’ve heard and read, my salvation did not come from a divine flash of clarity where I immediately dropped down to my knees and asked Jesus to be my Lord & Savior. No, that’s just not my testimony. So as I prayerfully and patiently sought direction, this one childhood memory consistently popped up. “But how can I use that?”, I asked God. Not receiving an answer, I quickly realized my disobedience and obediently went back to the memory and meditated on it. Before I knew it, it led to another memory, and then another. Like a constellation in the heavens, when focused upon, a larger picture was revealed, and oh what a revelation it was. You see, I’ve come to understand that I’ve always known the Lord (Rom. 1:19-20)!

Yes, time after time He has knocked and waited patiently for me to answer (2 Pet. 3:9). Oh how diligently He seeks for His lost sheep (Matt. 18:12-14)! But time after time, I either ignored Him or opened the door and looked at Him for a moment, but never invited Him in. Although I wanted to, I knew that if I allowed the Lord in, His Light would expose too much and it would be too much for me to handle (mistakenly thinking I’d have to handle it on my own). No, I preferred my perceived safety in the shadows. You see, I was comfortable in the little dark box that I dwelled in (John 3:19-20). The box I so desperately grasped onto the illusion of control. Just barely. So I resorted to activities that deadened my mind and emotions: drugs and alcohol, hustling, sex, and the adrenaline rush of crime. As the years went by, His knocking became like the late-night thumping of the nightclub I used to live next to. I eventually tuned it out. I grew numb to it.

Being numb and not seeing fit to acknowledge God, I was filled with all manner of unrighteousness (Rom. 1:28-31). I hurt and abandoned my family over and over again. I neglected the many opportunities that were presented to me to do right. I lied, stole, and manipulated. I robbed, sold drugs, hurt others, and even killed. I was a wretch victimizing others out of pure foolishness, selfishness, and laziness. All of this was accomplished by the age of sixteen.

At the age of sixteen, I found myself in a physical prison which mirrored my internal prison. The darkness was overwhelming (2 Tim. 2:9). It required the manifestation of my worst qualities to survive, so the enemy had me believe. Yet, in the midst of despair and turpitude, the perpetual knocking in my heart persisted (Ps. 139:11-12). You see, in prison, you quickly run out of mind numbing tactics. There is too much down time, where it’s impossible to drown out the knocking. I was inevitably forced to think, and thinking hurt. It hurt because I knew I had been wrong. I knew I needed to change. Still, what laid on the other side of that door scared me. The thought of surrender, and relinquishing what little bit of control I thought I had left, was just unfathomable. So I carried out my own plans (Isa. 30:1).

I dove into “self-education” and “self-improvement.” I used pure willpower to study and expand my mind. My philosophy became mind over matter. I made gigantic leaps in changing the way I thought/ thus changing my behavior. This fostered my morality. It boosted my confidence. I embraced a positive attitude and made the most out of life in prison. This led to my participation in positive prison programs, which eventually led to leadership roles in those programs. One particular program, The Redemption Project, had me participating in the role of a Senior Peer Mentor. In this role, one of my duties was to facilitate “Self-Awareness Classes.” Each six-month class consisted of intense group exercises and sharing amongst the men. In every class that I facilitated, there was always a handful of Christians. I listened to them and grew intrigued by their demeanor. They shared their beliefs and eventually, what I heard/ made an impact on my life.

Now remember, I thought I had it all together. That I was “fixed.” And yet I still heard the knocking. After about two years of facilitating classes the knocking became unbearable! I soon found myself, without much thought, signing up for Christian services. At first, I sat in the back and just listened. I was very uncomfortable by the praising and worshiping, but I was morally interested in what I heard the Preacher’s preaching. I did not understand or necessarily agree with all I heard, and yet I remained drawn to it all and found myself quickly growing in faith (Rom. 10:17).

And so it is, I finally answered the knock and invited Jesus into my life (Rev.3:20). The Holy Spirit came into me (John 14:16-17) and filled the void that no other could. He transformed me (Ezk. 36:26) so that I could experience the joy and peace of the Lord. I surrendered fully and saturated myself with the Word (Matt. 4:4 & Job 23:12). I was baptized and found the true meaning in life by choosing the Lord’s Life (John 10:10). I found that I couldn’t do life with my own willpower through “self-improvement,” Only by the gift of His grace was I saved (Rom. 5:15-19). Now, it’s not about me, it’s all about Jesus. I live my life as a laborer, serving Him and bringing Him the glory that only He deserves, for He is the Way, and the Truth, and the Life. Amen.